When Breaking Bad departed from television in a trail of crystal blue persuasion last September, television lost its center of gravity. At the time, this development seemed troubling. Without a consensus show around which to rally on social media, television fans and critics alike had to search elsewhere to find a show worthy of their devoted attention and undying affection. But a year removed from Walter White’s final blaze of glory, the loss of Breaking Bad seems more like a gift.

The consensus about this year’s television is that there is no consensus.

Great shows were equally likely to crop up on streaming sites like Netflix and Amazon as they were on the broadcast and cable networks. In an even more inspiring development, great shows largely shook off the once-fresh tropes of prestige television: viewers challenged shows that trafficked in themes of male antiheroism, rejected flashy recapitulations of well-worn concepts and searched far and wide to find new voices and perspectives. True Detective had mesmerizing performances, gorgeous direction and tasty dialogue, but character development was far too low on its priority list. A to Z, Manhattan Love Story and Selfie tried desperately to revive the romantic comedy for a broad audience, but without inventive writing to keep them afloat, they flailed in a puddle of cliches. And some of the year’s most talked-about shows came from women, sharply contrasting with the male-dominated auteur narratives of the early 2000s. Jill Soloway, Jennie Snyder Urman, Jenji Kohan, Abbi Jacobson and Ilana Glazer, and the indomitable Shonda Rhimes earned their place alongside Matthew Weiner, Damon Lindelof, Nic Pizzollatto and cinematic interlopers like Steven Soderbergh as distinctive creative voices.

This embrace of diversity trickled down into the shows themselves. Television still has a long way to go in terms of reflecting the demographics of modern America, but it’s come far closer than the movies, which continued to cling to male-dominated franchises and prestige projects this year. And creatively speaking, 2014’s television show wore their eccentricity as a badge of honor. Broad City and Review with Forrest MacNeil, the two shows most cited in this year’s narrative about the renaissance of Comedy Central, are both funny and affecting, but they hit their marks in unusual and wholly distinctive ways. Transparent boldly placed trans culture in its logline and then mixed it in with other stories about the rest of the wacky Pfefferman clan. Fargo featured two male movie stars (Martin Freeman and Billy Bob Thornton, both superb) at the top of its cast list, but its most sympathetic character was a woman, the capable and perceptive Molly Solverson (Allison Tolman), who approaches her difficult job with patience and dignity.

Perhaps the most important trend this year was the rise of the variable season length. Increasingly, networks order shows for the number of episodes the story needs rather than the number of the episodes the corporate overlords might want. On Sundance, BBC’s miniseries The Honourable Woman told a fascinating, surprising, contained story in eight tightly constructed hours. Louis C.K. crafted mini-movies and experimental shorts alike within the 14-episode framework FX allotted him for his show’s uneven but riveting fourth season. Even on the broadcast networks, the 23-episode standard was relaxed to accommodate movie stars’ busy schedules, as with Viola Davis in the 15-episode first season of How to Get Away with Murder. As the number of methods for watching television increases, so should the number of options for television creators with exciting stories to tell. There’s still some merit in the old model – without a full season order, a show like New Girl might never have been able to steer out of its Nick-and-Jess-induced spring stupor. But old and new models should co-exist, along with that shows that reflect increasingly specified tastes. Whether too much of a good thing is too much or a good thing, the range of options for TV viewers is only expanding.

My ten favorite shows of the year, in alphabetical order:

The Americans, for building on an impressive first season by exploring the challenges of parenthood.

Hannibal, for embracing its abstract absurdism with wild aesthetic abandon.

Jane the Virgin, for succeeding at the television equivalent of juggling eleven or twelve balls at once.

Last Week Tonight with John Oliver, for deviating from and expanding upon the Daily Show format.

Orange is the New Black, for deepening its world and broadening its scope.

Review with Forrest MacNeil, for bridging a huge gap between gut-busting hilarity and wrenching tragedy.

Transparent, for rendering an eminently flawed family with empathy and compassion.

You’re the Worst, for turning the romantic comedy tropes of likability inside out.

And eleven more, because why not?

And my favorite performances of the year, in alphabetical order by actor’s last name: 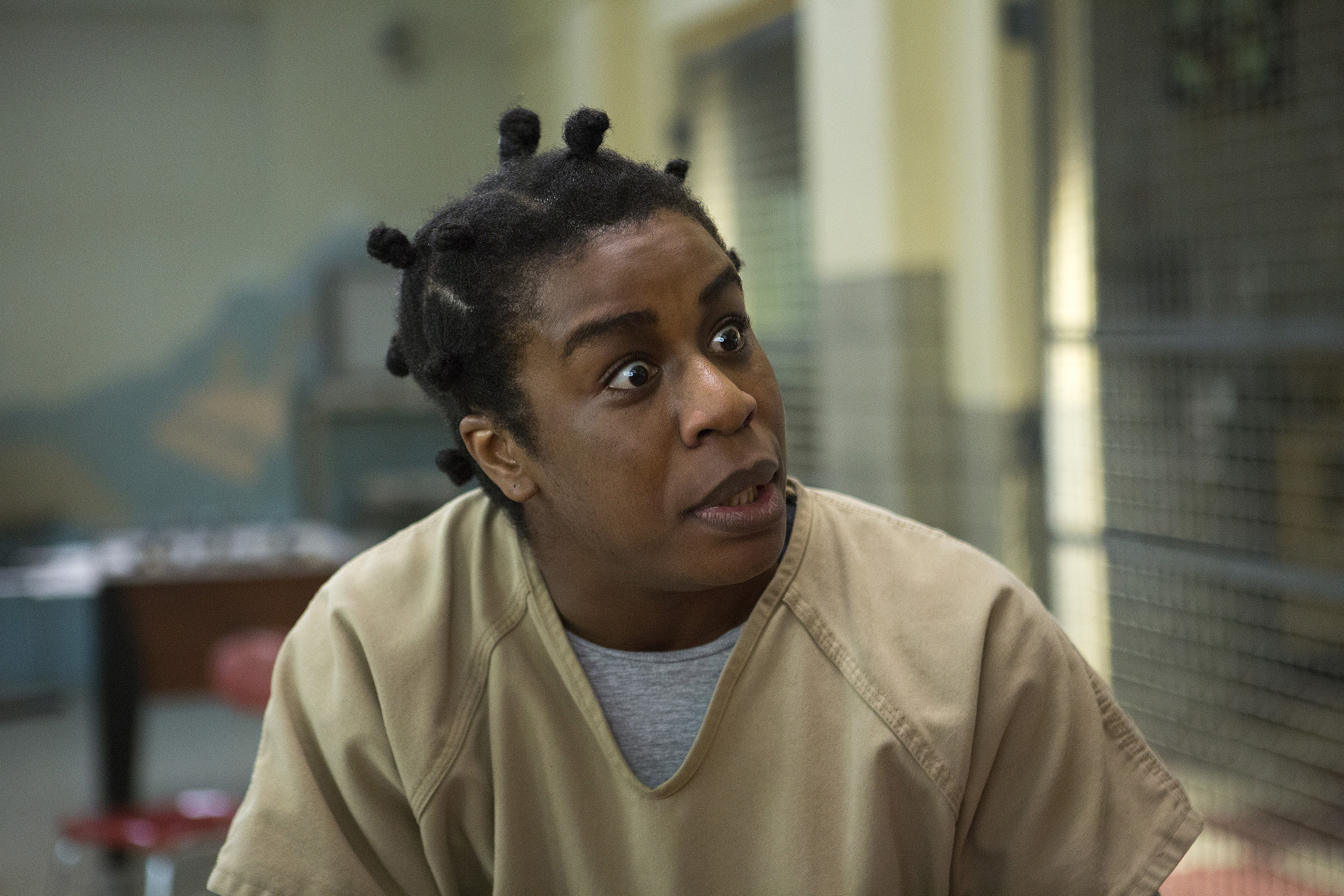 Viola Davis, How to Get Away with Murder

And ten shows I still want to watch but haven’t gotten around to yet. There’s a lot of good TV out there.

Read my list of my twenty favorite TV episodes of 2014.