Each day this month (assuming I don’t get busy or bored!), I’ll reflect on a tiny sliver of pop culture that I enjoyed or appreciated this year — scenes, shots, gestures, verses, sights, sounds, moments. Today: kids! 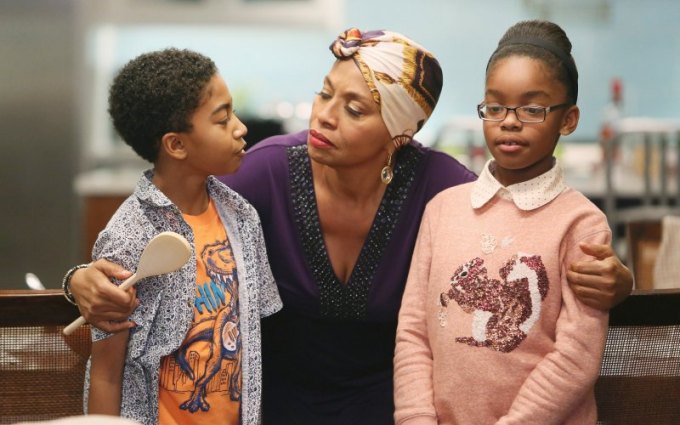 You never want to admit when a child actor isn’t quite cutting it. I wouldn’t want to be the director on a set with a kid who just can’t nail the take, or isn’t quite right for the role. It’s one thing to tell a full-grown adult that they missed the mark — most of them can take it. But a child? What kind of monster tells a child they’re just not good enough?

Luckily, this year, I don’t have to wrestle with that moral dilemma. There were so many great kids on TV this year! Here are a few.

Yara Shahidi, Marcus Scribner, Miles Brown and Marsai Martin, Black-ish. Exhibit A: Their performances on TV. Exhibit B: This interview.

Hudson Yang, Forrest Wheeler and Ian Chen, Fresh Off the Boat. See above.

Finn Wolfhard, Millie Bobby Brown, Gaten Matarazzo and Caleb McLaughlin, Stranger Things. I never quite got onboard with the fervor this show stirred up, but some of its biggest charms lie in the performances of these kids, which feel both polished and natural, a rare combination.

Jenna Ortega, Jane the Virgin. She’s often the first face you see in a given episode, and she’s an emblem of the depth of the show’s investment in its characters’ personal history.

Mikey Madison, Hannah Alligood and Olivia Edward, Better Things. Pamela Adlon created this show to reflect her experiences as a single mother of three, and she scored in casting these three actresses as woman who, under Adlon’s guidance, get to be as complex and fully realized as any under-18s on TV.

Connor Kalopsis and Hana Hayes, The Grinder. I miss this show. These two were a very small part of it, but they always made me laugh.

Zach Callison, Steven Universe. The childlike wonder and humanistic warmth that emanates from Callison’s voice in the title role of this lovely cartoon are key to the show’s appeal.

Sophia Grace Gianna, Transparent. She starred in the season three episode “If I Were a Bell,” which flashes back to the childhood of Maura Pfefferman, who was just beginning to unpack the complexities of her identity as a trans woman. Through her eyes, we see a world of pain, and the portent of much more to come.