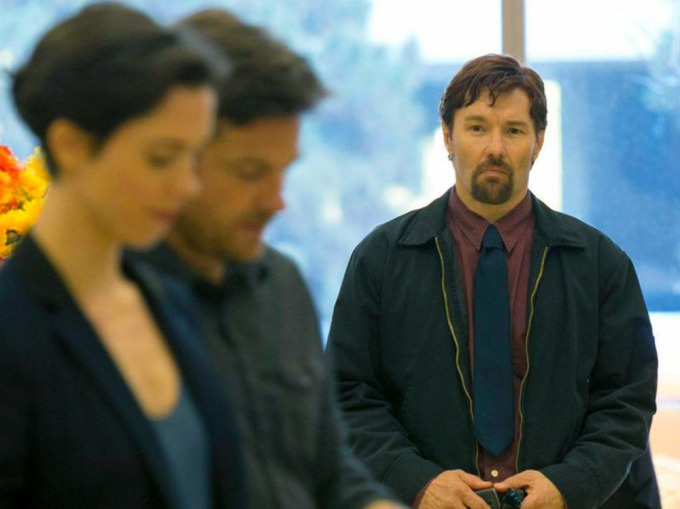 The trailers for The Gift would have you believe that actor Joel Edgerton’s debut feature as writer and director is a horror movie in which the source of fear is a man gone insane. But the actual movie is a little harder to pin down. There are conventionally scary moments in The Gift – watch out whenever Robyn (Rebecca Hall) takes a shower or turns her back to the camera – but what’s truly frightening about this story becomes clear only gradually.

END_OF_DOCUMENT_TOKEN_TO_BE_REPLACED

The Lego Movie practices what it preaches: creativity, imagination, originality, distinctiveness and daring. That it accomplishes such feats while reinvigorating the endlessly profitable Lego brand and providing a showcase for famous actors in uncharacteristically self-deprecating guises and reaffirming that Phil Lord and Chris Miller are two of the most valuable assets to mainstream Hollywood filmmaking is nothing short of a miracle. The Lego Movie appeals directly to our most basic desires for boisterous spectacle without sacrificing intelligence, wit or pure sensational pleasure.

END_OF_DOCUMENT_TOKEN_TO_BE_REPLACED

And now, the story of an Arrested Development fan/admirer who likes the fourth season more than some people and less than others.

I binged-watched the first three (and, until 2013, only) seasons of Arrested Development over the summer, marveling at the volume and velocity of the gags, the spiraling awfulness of the main characters, the casual brilliance of the social criticism, the comedic transcendence of the actors in peak form. The first two seasons whizzed by in a nearly flawless blaze of acidic, frequently self-referential hilarity. The third season, while funny and arguably more absurd and labyrinthine than the first two, seemed more desperate to be liked than its predecessors, and the comedy suffered as a result. (The metacommentary began to swallow the show’s plot, and the less said about the “For British Eyes Only” arc, the better.) Nonetheless, I finished my binge satisfied with the fruits of my “labor.” (The “Next Episode” button doesn’t press itself, after all.)

I started the first season right around the time that the fourth season dropped on Netflix. I didn’t have a chance to decide whether the show’s three seasons were sufficient before another one was in the works. But when I finished “Development Arrested,” which mirrors the pilot and offers a surprisingly satisfying conclusion to the saga of Annyong, I didn’t find myself clamoring for more. Especially with a show as densely packed as Arrested Development, there’s value in concentrating the brilliance.

END_OF_DOCUMENT_TOKEN_TO_BE_REPLACED

Yesterday, I unveiled a list of my ten favorite shows of 2013. As I argued in my piece on Wednesday, though, this year’s television can’t be summed up in terms of just ten shows. Here, then, is a snapshot of other things I enjoyed on TV in 2013.

END_OF_DOCUMENT_TOKEN_TO_BE_REPLACED

(If you’re invested in me loving the show, don’t worry: this story has a happy ending.)

I watched the pilot and nearly got whiplash trying to keep track of all of the characters and the intricately plotted storyline. This show is complicated, I thought to myself. And it is! But now I see: that’s what it makes it great.