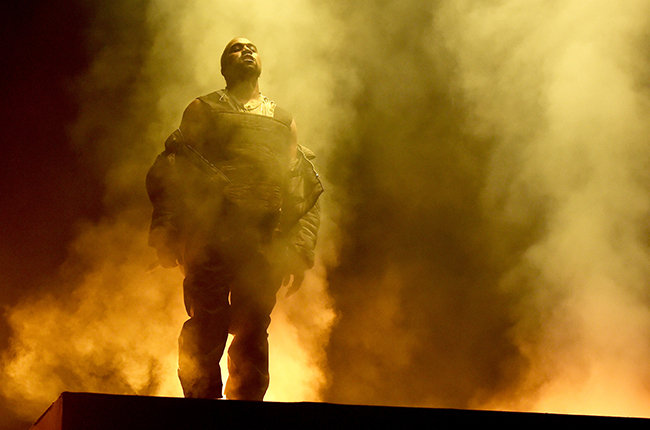 Kanye West closed Sunday’s Billboard Music Awards with a medley of his current hit “All Day” and his two year-old album cut “Black Skinhead.” The performance elicited boos in the room and online, for different reasons. The audience objected to the introductory remarks from pop culture pariahs Kendall and Kylie Jenner and the blinding light that radiated from West’s stage setup, obscuring the performance from view.

Viewers at home objected to ABC’s decision to bleep out substantial portions of the audio from the performance. Such bleeps typically cover words the FCC has deemed profane. In this case, the bleeps covered entire verses of West’s two songs. The biggest ironies: the people let at least two swears slip amid the reckless bleeping.